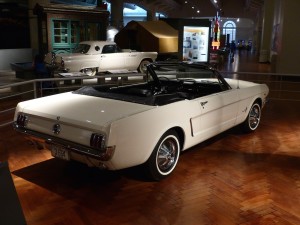 The Automobile section is all about the evolution of the automobile. From the earliest Model T’s to the iconic Mustang and T-Birds, to Corvette, Corvair and a WWII Jeep.  FMC Campers, trucks, hot rods, and of course the LeMans winning, twice, GT40.  Presidents Kennedy and Reagan’s limos are on display. There are many interactive displays that kids of all ages can click thru and see everything from building a car to facts and figures and rotating pictures.  Francis was fascinated by these. 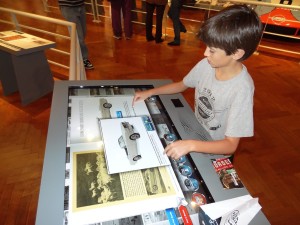 The display of the McDonalds Arches with a 1956 Chevrolet is fantastic.  We ate in a 1950’s style Diner behind the sign. 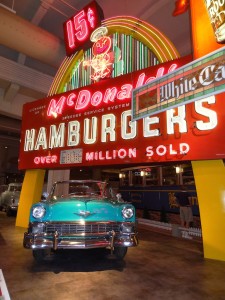 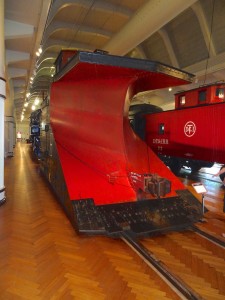 The Railroad section is complete with full size railroad cars, (you can book one for parties), engines, caboose and a genuine 1923 Canadian Pacific Snow Plow that is enormous. There is also a great HO gauge train display that had Francis and Claudia enthralled for several minutes!

The Aircraft display has several original airplanes including a Fokker WWI biplane. There are several movies playing depicting the early days of flight along with a full size replica of the Wright Brothers plane from Kitty Hawk. 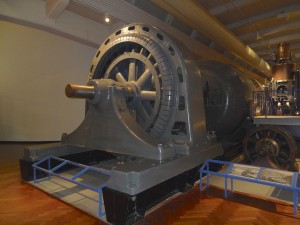 Beach Aircraft Corp Dymaxion house is amazing. It is a round house, made of aircraft aluminum, suspended around a main central mast. It never caught on, but had potential in the 60’s. 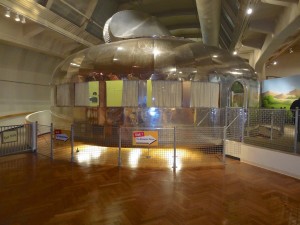 There are also Rifles, pistols and house items are on display including early colonial, up to the 60’s . An original Macintosh computer is on display also.

Last but not least is the Oscar Mayer Wienermobile that Francis & Claudia love!

In Summary, if you are ever close to Dearborn MI, north of Detroit, stop in both the Greenfield Village and The Henry Ford Museum. You won’t be disappointed but be prepared to spend a couple of days there. Take your camera!