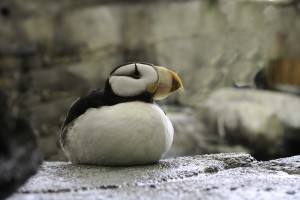 Wow, 4 days in a row without rain, 2 in Anchorage and 2 in Seward. A record for this trip. It is raining again today and forecast is for rain for a week in this part of Alaska. Ug. The drive from Anchorage to Seward is, by far, the most picturesque road we have traveled so far, and great weather.

Seward, AK is located south of Anchorage on the Kenai peninsula. It is a seaport city where cruise ships and freighters come in for Anchorage and points north for passengers and freight via the highway or Alaska Railroad with its raised viewing cars. Fishing is huge here and it is the 9th most lucrative port in the USA. The temperature is not as cold as up north, averaging 46 degrees in the daytime and 35 at night. It does get 64” of snow per year and it rains or snows 172 days a year, or about every other day. It was named after William H Seward who spearheaded the purchase of Alaska from Russia in 1867. It became a state in 1958 and a young Seward man named Benny Benson designed the Alaska flag, the big dipper stars on a dark blue background.

Yesterday we went to the Alaska Sea Life Center and learned about the history of sea life in Alaska and viewed live sea creatures including Steller Sea Lions, Harbor Seals, fish and the diving birds; puffins, murres and Black Oystercatchers. This museum is a must if you are in Seward.

In the afternoon we went to the Exit Glacier, named that as it is the only major glacier in the Kenai Fjords National Park that doesn’t terminate in the ocean. The Harding ice fields above which feed the glaciers is 700 square miles and feeds 7 major glaciers and 40 in total. The road to the glacier is pretty, with markings where the end of the glacier was at different years. 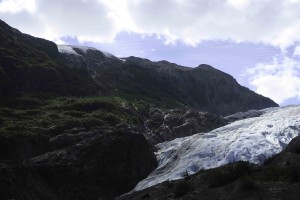 Some are going on “Iditaride” sled dog tours this afternoon, but it is raining all day, again. The Iditarod sled dog racing starts in Seward at mile zero. We didn’t sign up for the tour and ride so we are watching PGA golf instead. Some others went on a Fjord / Glacier boat cruise and some went fishing. We went to Safeway for some food and Starbucks in Safeway, but their internet was worse than the 3G connection we get at the campground.

Tomorrow we are off to Homer, AK. We are hoping for decent weather to take pics of Bald Eagles.